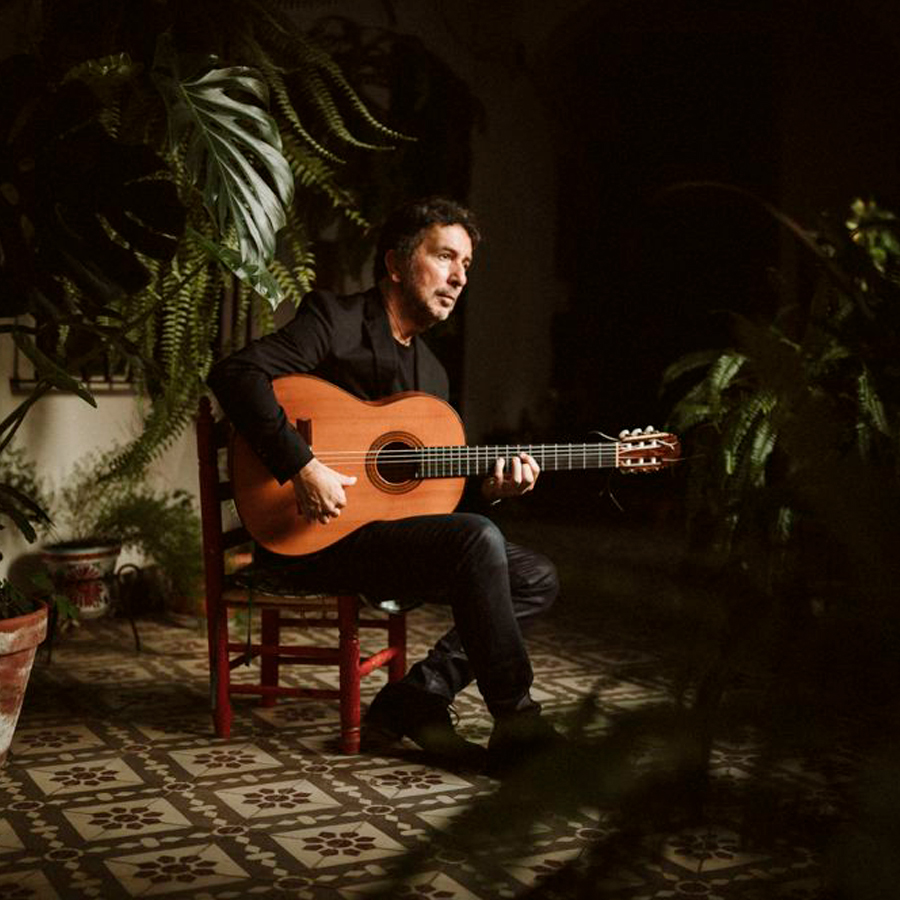 ALFREDO LAGOS is a flamenco guitarist, composer and concert performer born in Jerez de la Frontera. Among his many projects, recordings and artistic collaborations we can start with the show “La luz, el júbilo y la melancolía” (Light, Joy and Melancholy), by J. Luis Ortiz Nuevo and the producer Isidro Muñoz, performing solo with a very young Estrella Morente, at Teatro de La Maestranza in Seville, creating a great fuss, as bullfighting fans would say. This happened in 2001. Since then, we can say that he has collaborated with all the most important flamenco artists, from Carmen Linares and Miguel Poveda, to Enrique and Estrella Morente, Jose Merce and Arcangel on vocals, to Manuela Carrasco, Manolete, Joaquin Grilo, Rocio Molina and Israel Galvan on dance. The list would be endless.

He had a close collaboration with Enrique Morente from 2002 until the “maestro” passed away. Among other projects, he recorded with him a music piece based on the famous Suite by Isaac Albeniz for director Carlos Saura’s film Iberia. A respected guitarist among the fans and the rest of professionals in this art, he has been awarded several prizes by specialist critics, among them the “GUITARRISTA REVELACIÓN” (NEW GUITARIST) and “MEJOR GUITARRISTA” (BEST GUITARIST) in years 2003 and 2006, something similar to the “Oscars” of flamenco, by the magazine Flamenco hoy, which editor was the recently deceased writer and flamenco specialist Alfonso Eduardo Pérez Orozco. He has also been awarded the prize “GIRALDILLO AL TOQUE” by the Bienal de Flamenco de Sevilla in 2020.

His guitar has played in the greatest theatres of the five continents, to name a few: the Sydney Opera House, Royal Albert Hall in London, Hollywood Bowl in Los Angeles (CA), Gran Teatro de La Habana, Teatro Real in Madrid, and Carnegie Hall in New York...

In short, a guitarist with a wide range, who has played with the legendary Gloria Gaynor, Ute Lemper, the singer Pitingo or the artist Rosalia. In addition, he used to play with “Terremoto” or “El Torta” when he accompanied flamenco singing. He has published two albums with his own compositions “METAMORPHOSIS” (1998) and “PUNTO DE FUGA” (2015, Universal Music). 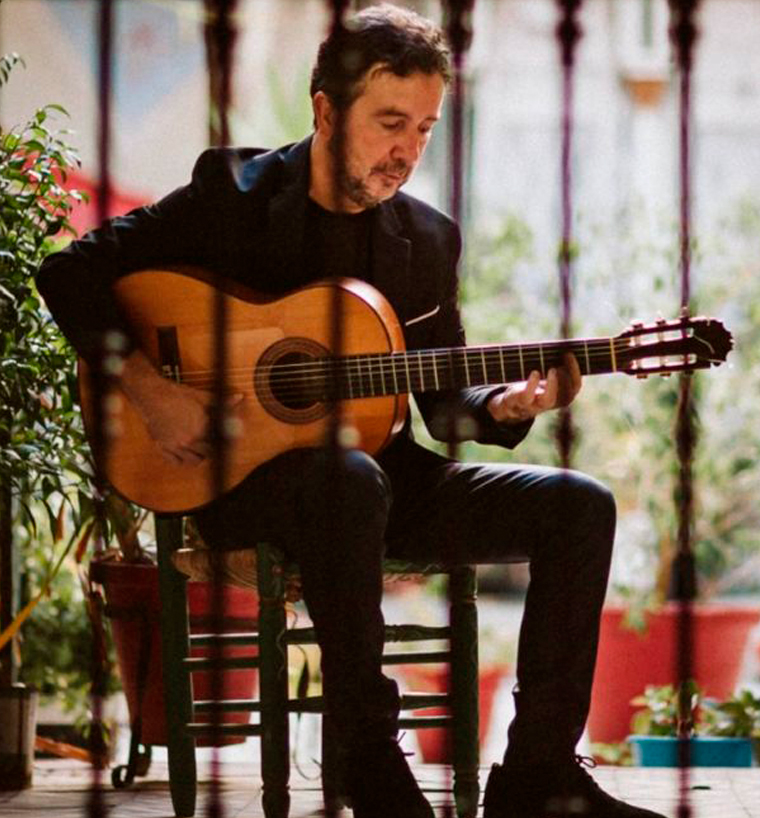