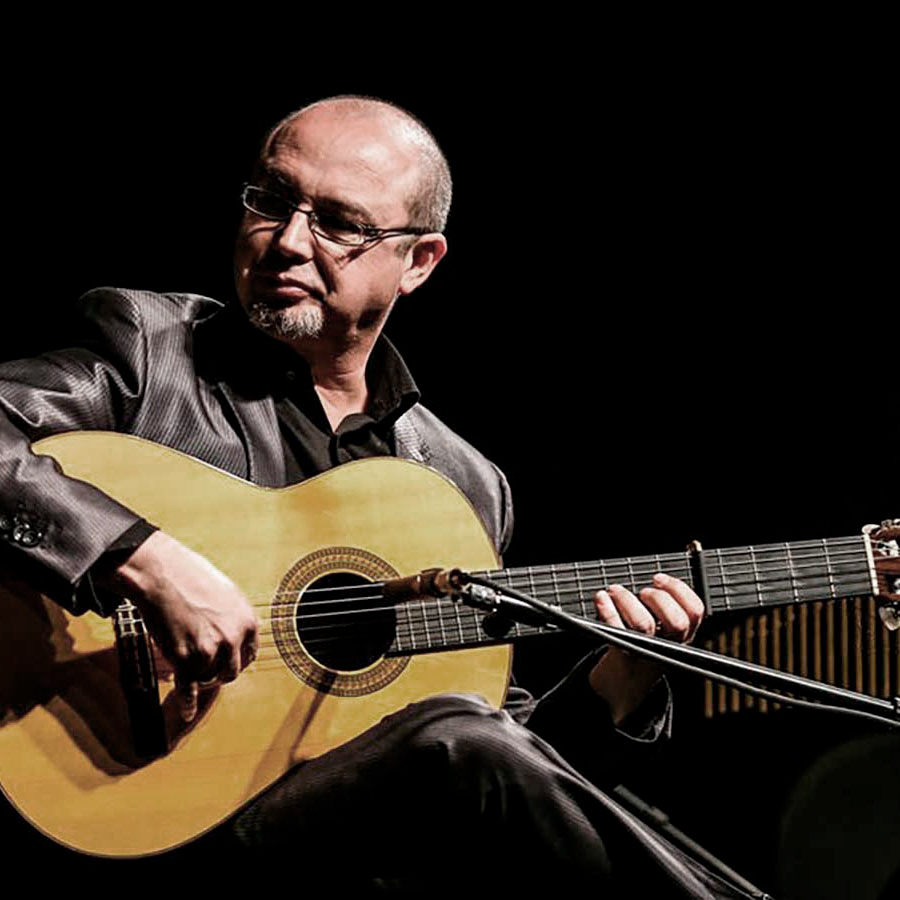 José Manuel Tudela, from the Cerro del Águila neighborhood in Seville, used to play ball in local streets until he hear the hypnotizing sound of a guitar. The sound coming out of a nearby window conquered him; his playmates called him back to the game, but he refused to abandon the window. It was the guitarist who observed a young lad listening to him who ended up giving his first toy guitar. Not long after, a Flamenco club was inaugurated across the street from his home; he was always there. As he says, it was the guitar that sought him out!

At the age of eleven, he began studying with Jaime Burgos to continue his training accompanying dancers such as Benito de Mérida and Carmen Mora. Years later, he studied with maestro Manolo Sanlúcar.

Today, he is one of the most sought after guitarists by Flamenco singers and dancers. He has toured four continents sharing the bill or working with renowned performers such as Lole Montoya, La Negra, José Galvan, Nano de Jerez, Segundo Falcón or the Chekara Orchestra, Fernanda Romero, Pepe Suero and Pilar Astorga among others.

This guitarist, with his elegant playing style, has earned a number of important awards, including 1st Premio al Toque (Playing Award) granted by the Seville Federación de Peñas (Federation of Flamenco Clubs); likewise, he was selected to participate in the Flamenco Guitar Pageant in Cordoba.

He has played the world over. Japan, Russia, Peru, Taiwan, Turkey, Morocco, South Africa, the United States, Israel, Denmark and Norway are but a few of the counties that have enjoyed this musician ,who now presents his first record. Although he has cooperated in the recording of artists such as Alfonso de Miguel and Manolito de Triana, José Galvan, Adela Campallo or Antonio de la Malena, this is the first time that his music stands alone in the limelight.

Terciopelo, his first record, is "where he undoubtedly deposits all of his knowledge, hopes and commitment with Flamenco." 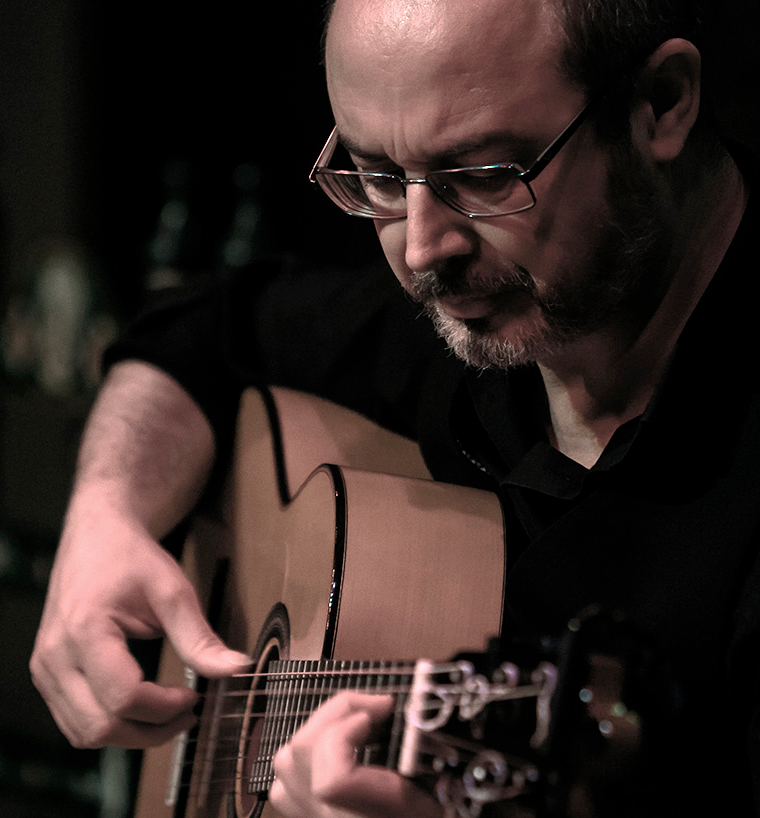 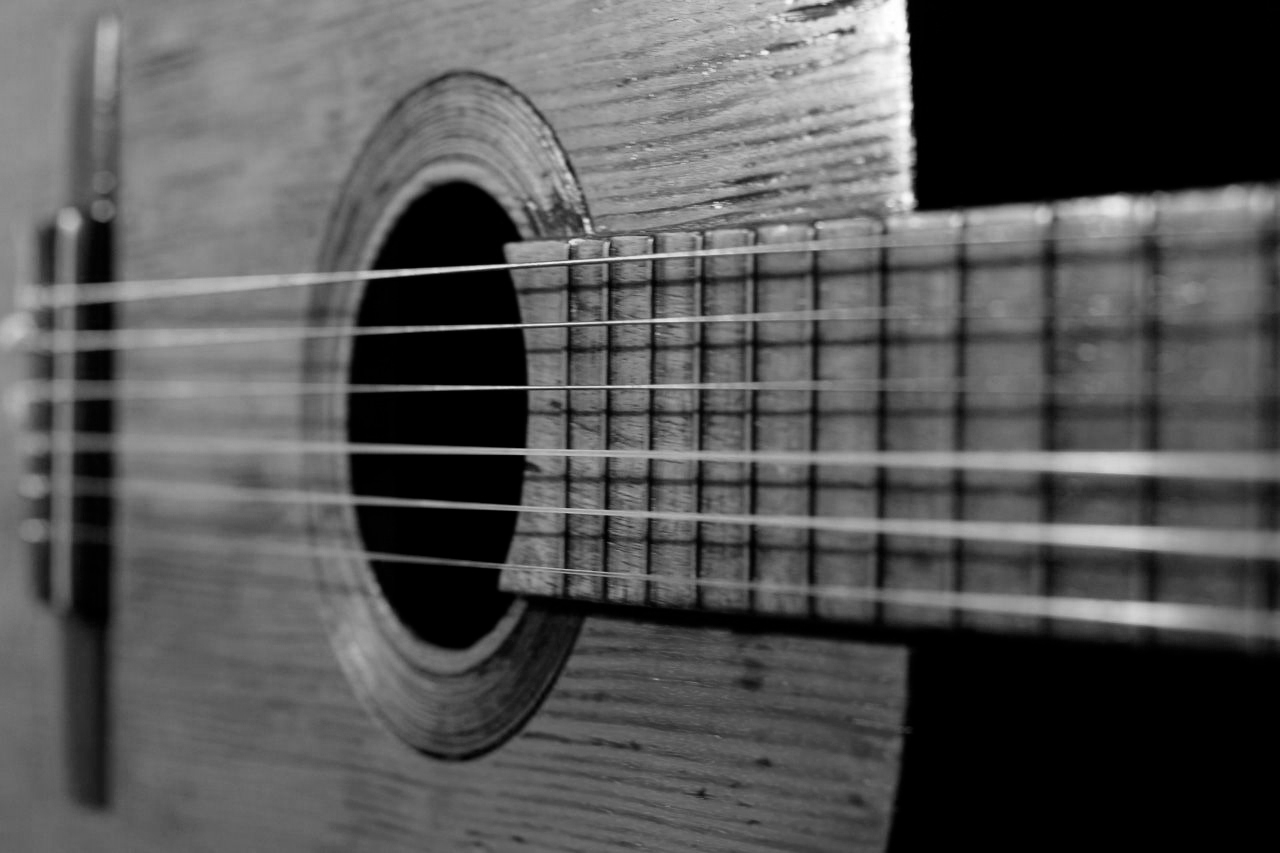